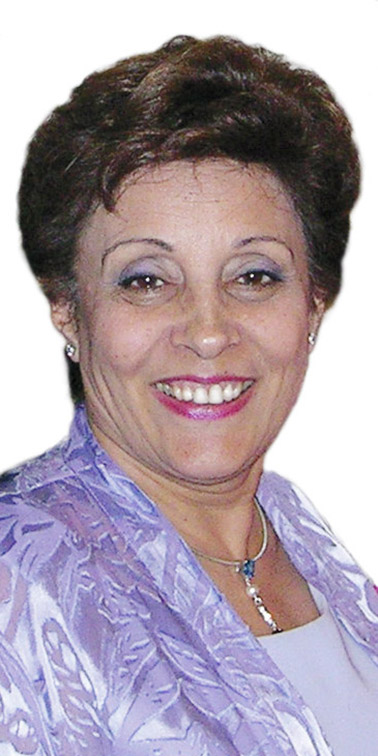 The eldest of five children, I grew up in a close and loving family. My father was a Colonel in the Imperial Iranian Army and my mother was a School Principal.

When I was in year 12 (16 years old) an opportunity arose for me to participate in the American Field Service (AFS) Exchange Student Program. I was part of the first group of students from Iran to participate and went to Massachusetts to live with a family with five children. I quickly became part of this wonderful family and still have close relationships with them to this day. I often had to represent my country to Americans, speaking at seminars and assemblies, and this is where I began to develop and fine-tune my public speaking skills.

On my return to Iran, I started my career as a teacher/educator. I completed a BA in English Literature and MA in General Linguistics at Tehran University. I was very active in the Scouting Program, being one of the few women to achieve a Wood Badge (the highest award for Boy Scouts). I was then employed by the Imperial Iranian Air Force Training Command as the first female Teacher Supervisor in the Air Force, and was the recipient of a Special Commanding Officer’s Award for contribution as Curriculum Specialist (the highest Civilian Award in the Iranian Training Command).

In 1979, I moved to America with my husband and two young daughters, where I obtained a Doctoral degree in Administration of Higher Education. I was the Farsi Language Coordinator for CACI Language Centre, and authored a 4-volume textbook for teaching Farsi as a second language. My performance won the Centre a large contract with the US Navy. I also acted as an interpreter and translator for the US Department of State, Immigration Department and various legal courts. The last position I held was as academic advisor at the Embassy of Kuwait, before immigrating to Australia in 1986.

In Australia, I worked at TAFE NSW, holding positions of Curriculum and Accreditation Manager, Project Manager and Research Officer. I have always been very active in Sydney’s Iranian community and compiled a book of Iranian hit song lyrics ‘Bagh-e-Taraneh’ which was well received in Australia, as well as Europe, Iran and America. In 2000, I was one of 50 women acknowledged and inducted into the Businesswomen’s Hall of Fame, an initiative of the Australian Businesswomen’s Network, celebrating the achievements of Australia’s inspiring businesswomen.

Travel has always been a strong motif in my life. I have seen most of the Western European countries, over 40 states of America, Tunisia, Thailand, as well as many cities of Australia. I relish the opportunity to completely immerse myself in the local culture, meeting wonderful people and learning about the incredible richness and diversity of their communities.

In 1995, I was asked by a friend to conduct the traditional Persian Aghd (non-religious marriage ceremony) for her daughter, after which I was asked by many others to do the same. It was through my friends’ encouragement that I undertook the process to qualify as a Civil Marriage Celebrant.

In September 2006, the Attorney-General saw fit to appoint me as an authorised Civil Marriage Celebrant, a title I hold with a great pride and joy. I was amazed at how quickly my reputation spread by word of mouth.

I have become qualified as a Justice of the Peace (JP) to better assist my clients in any way I can.

I love being a Celebrant and feel it is an honour and privilege to be part of so many people’s special occasion. I believe strongly in refining and developing my personal and professional practice, so each event continues to surpass what I have done before. I enjoy the challenges of creating unique and powerful ceremonies, and look forward to continuing the process in the years to come.